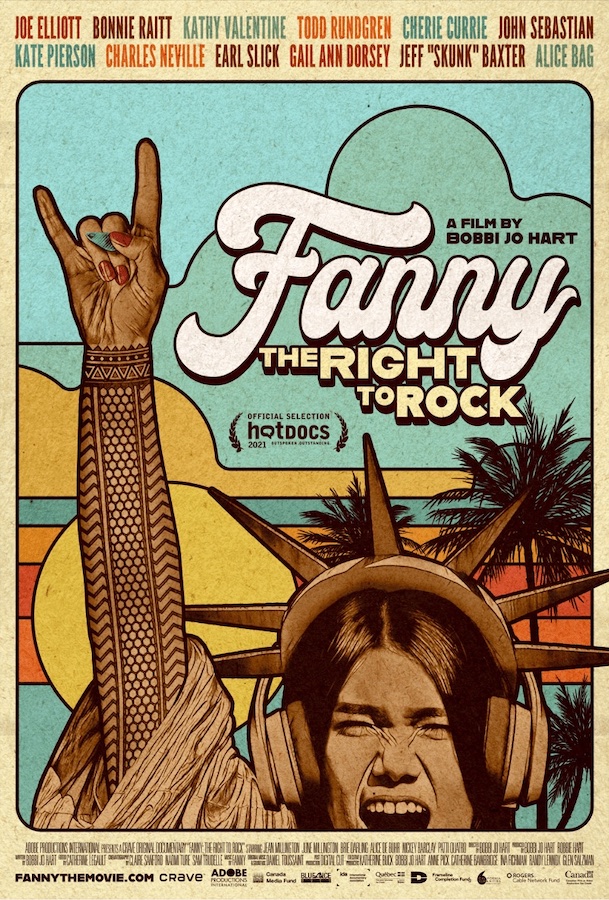 Fanny: the Right to Rock - film

If you are purchasing 4 or more different titles, please remember to choose the applicable discount price code EACH time you add a film to your cart. Online purchase price discrepancies can't be rectified at the box office.

When two teenage Filipina-American sisters co-formed a Sacramento garage band back in the 60s, little did they know they would become the legendary rock group Fanny, the first all-women band to sign a deal with a major record label, in 1970. Despite releasing Top 40 hits and five critically-acclaimed albums in five years, touring with Chicago and Steely Dan, and amassing a dedicated fan base of music legends including David Bowie, Fanny's ground-breaking impact was largely forgotten…until the band reunites 50 years later with a new record deal. Half a century ago Fanny blasted glass ceilings of racism, sexism and homophobia, and with their new album these feisty women of colour – now in their late 60s – take on the stigma of ageism to claim their hallowed place in the halls of rock 'n' roll fame.