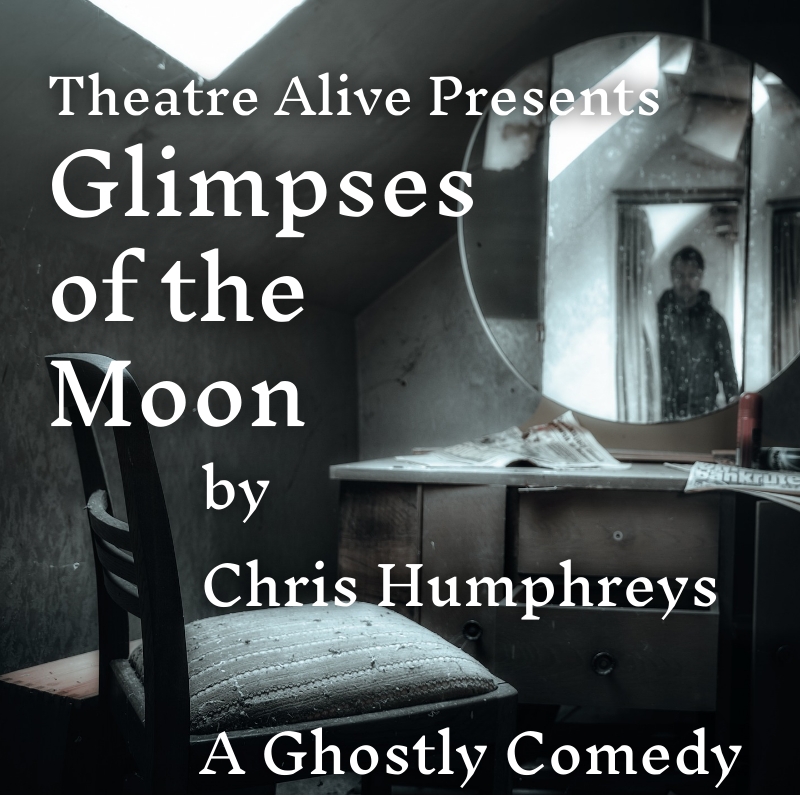 Glimpses of the Moon – a live radio ghost comedy

× A live radio version of a ghostly comedy…based on a true story.

3am. Outside her window, the wind and pandemic rage. Inside Hilary needs to complete her course assignments so she can give up her artistic dreams and graduate as a graphic designer. All is going to plan – until a dead English actor walks out of her closet! But Benjamin Wright doesn’t believe he’s dead. For him it’s 1936 and in Birmingham, England, he’s just played Hamlet for the very first time.

After a game of ‘Whose hallucination is this anyway?’, and once they’ve established he is in fact a ghost, they need to figure out why he’s in Calgary ninety years after he died. Can her old boyfriend Kevin analyze Benjy away? Could it have something to do with her recently dead father? Or is the answer perhaps to be – or not to be - found in Hamlet?