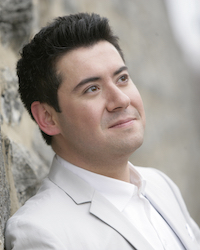 Canadian pianist/conductor Ian Parker captivates audiences wherever he goes. Born in Vancouver to a family of pianists, he began his piano studies at age three with his father, Edward Parker. As a pianist, he has appeared with top symphony orchestras across North America, and as an enthusiastic recitalist, Parker has performed across the United States, Europe, Israel, and throughout Canada. In addition to his work at the keyboard, he is currently music director and principal conductor of the VAM Symphony Orchestra at the Vancouver Academy of Music.

Thank you to Mary & Alan Hughes for sponsoring this performance.