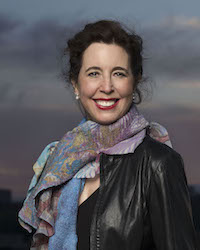 Angela Hewitt occupies a unique position among today’s leading pianists. With a wide-ranging repertoire and frequent appearances in recital and with major orchestras throughout Europe, the Americas and Asia, she is also an award-winning recording artist whose performances of Bach have established her as one of the composer’s foremost interpreters. Her award-winning cycle for Hyperion Records of all the major keyboard works of Bach has been described as “one of the record glories of our age” (The Sunday Times). In 2015 she was inducted into Gramophone Magazine’s Hall of Fame thanks to her popularity with music lovers around the world.

Thank you to Joan Farlinger and Michael Pidgeon for sponsoring this performance.