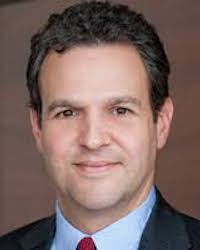 × The Salt Spring Forum welcomes Roland Paris to take questions and discuss What is Canada's Place in the World? Can Canada still influence an increasingly chaotic World Order? Can its liberal values be protected in this post-truth time of anti-globalism? If anyone can speak to Canada’s place in the world then it is Roland Paris, Professor of International Affairs at the University of Ottawa.

He has been senior advisor to the Prime Minister of Canada on Global affairs and Defence, and has held many positions in government. In 2014 he was appointed to a group of international experts advising the Secretary General of NATO. Professor Paris is well known for his international-affairs analysis and commentary in the media, being frequently quoted over the posturing and tragic events in Iran in January of this year.

His research focuses on international security, peace-building and foreign policy, winning the Grawemeyer award for ideas improving World Order in 2007 for his work: “At War’s End: Building Peace After Civil Conflict.”

This is a general seating performance - the seats are on a first come, first serve basis when you arrive at the venue.